Astaxanthin (AXT) is a reference model of xanthophyll carotenoids, which is used in medicine and food industry, and has potential applications in nanotechnology. Because of its importance, there is a great interest in understanding its molecular properties and aggregation mechanism in water and mixed solvents. In this paper, we report a novel model of AXT for molecular dynamics simulation.

The model is used to estimate different properties of the molecule in pure solutions and in water/ethanol mixtures. The calculated diffusion coefficients of AXT in pure water and ethanol are (3.22 +/- 0.01) 10-6 cm2s-1 and (2.7+/-0.4) 10-6 cm2s-1, respectively. Our simulations also show that the content of water plays a clear effect on the morphology of the AXT aggregation in water/ethanol mixture. In up to 75% (v/v) water concentration, loosely connected network of dimers and trimers, and two-dimensional array structures are observed. At higher water concentrations, AXT molecules form more compact three-dimensional structures that are preferentially solvated by the ethanol molecules. The ethanol preferential binding and the formation of a well connected hydrogen bonding network on these AXT clusters, suggest that such preferential solvation can play an important role in controlling the aggregate structure. 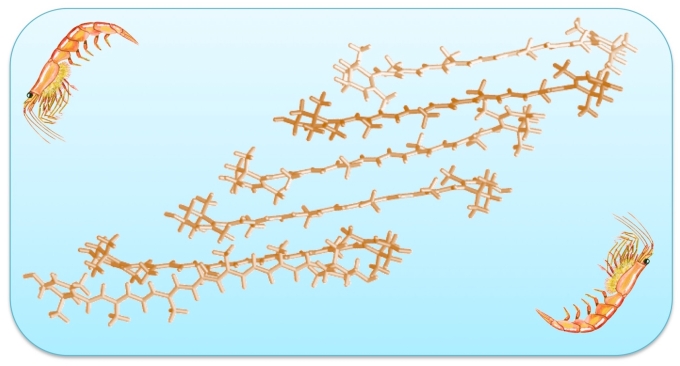